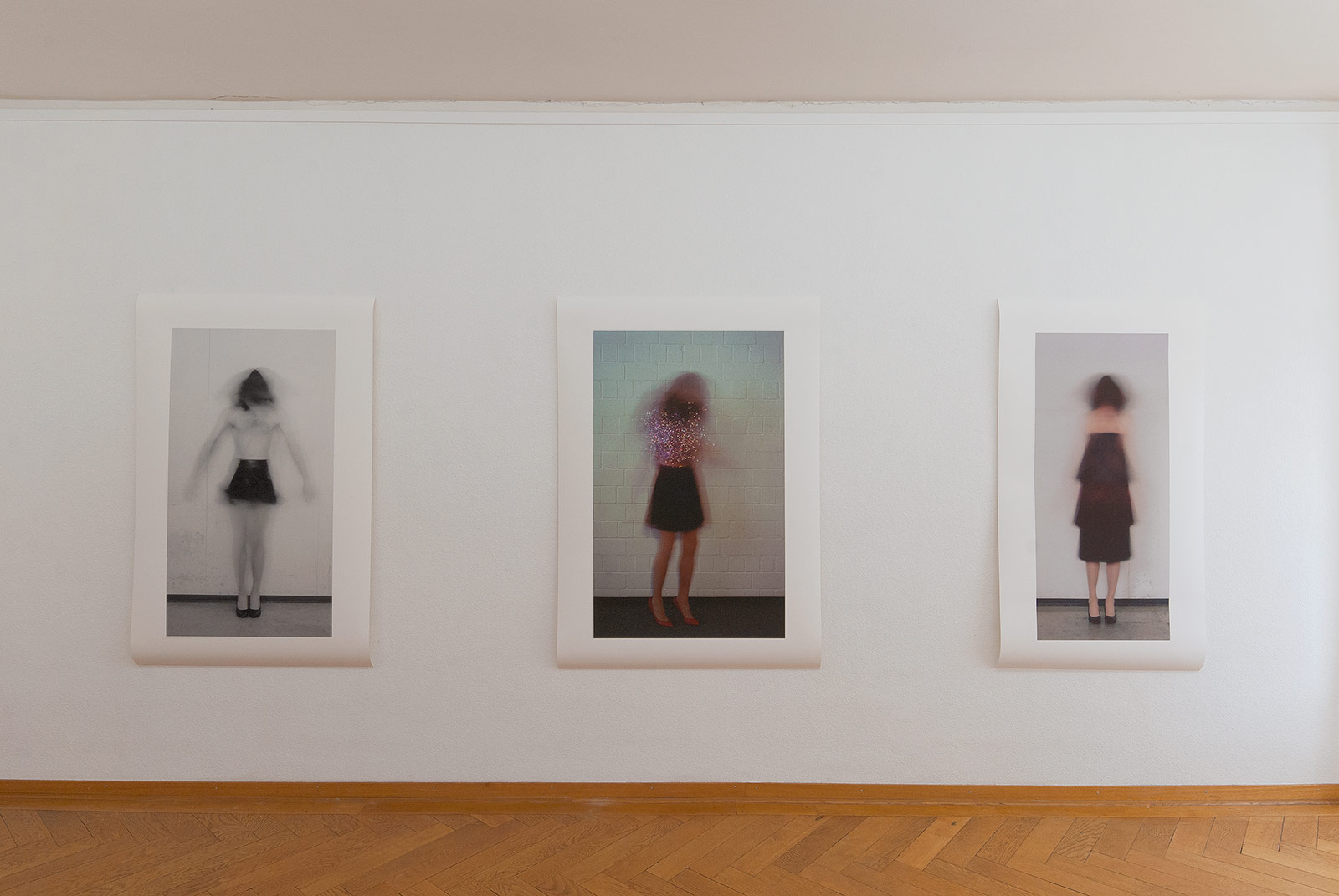 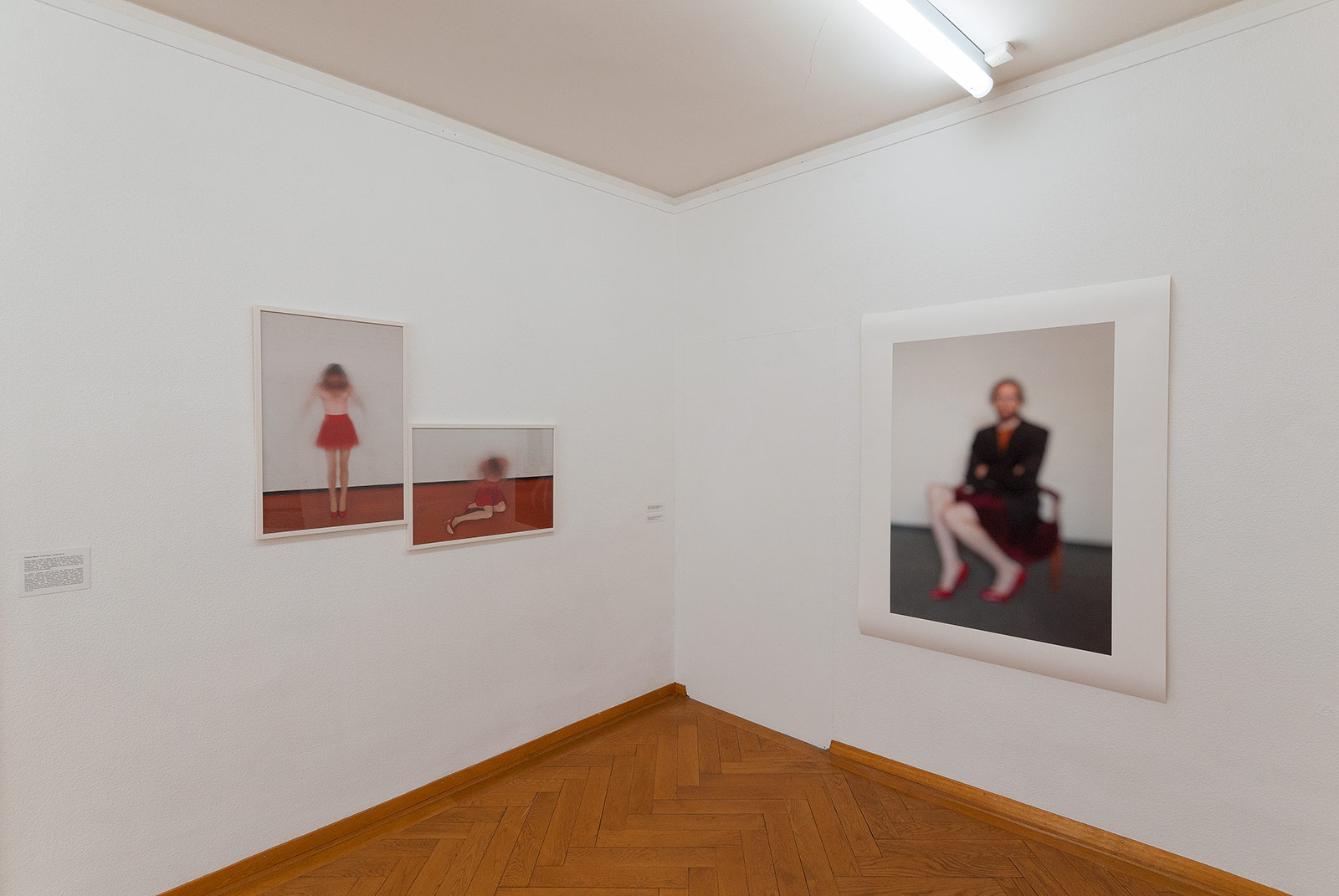 Fabian Matz’s photographic works are about the relationship between female clothing and the male body. For his images, which he creates in different media, he uses his own body as an instrument. Form, colour, function and materiality give objects properties and character. To what extent does the influence of fashion, physique and posture differentiate a gender role? Which boundaries between man and woman are visible? Which are invisible? In the pictures, the posture as well as the women’s shoes and skirt stand as „foreign bodies“ for the relationship between man and woman.